One Percentage Point = 1%, as a simple difference.

How to Avoid Confusion with "Percentage Difference"!

If you simply subtract one percentage from another, use the term "Percentage Points" when talking about the difference.

This makes it clear that you do not mean a relative change (ie some fraction of the original value).

Correctly speaking, that was a 20% rise, because "%" is a ratio of two values (the new value divided by the old value). 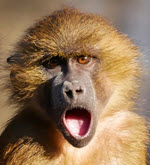 But people with home loans may think you mean that interest rates went from 10% to 30%, and you don't want them falling down in surprise!

But we can can say it was a rise of 2 Percentage Points.

When in doubt, use both. For example, "Interest rates increased by 2 Percentage Points today, meaning a 20% increase in interest payments"

In financial markets they often use the term "Basis Points". A Basis Point is one hundredth of a Percentage Point: